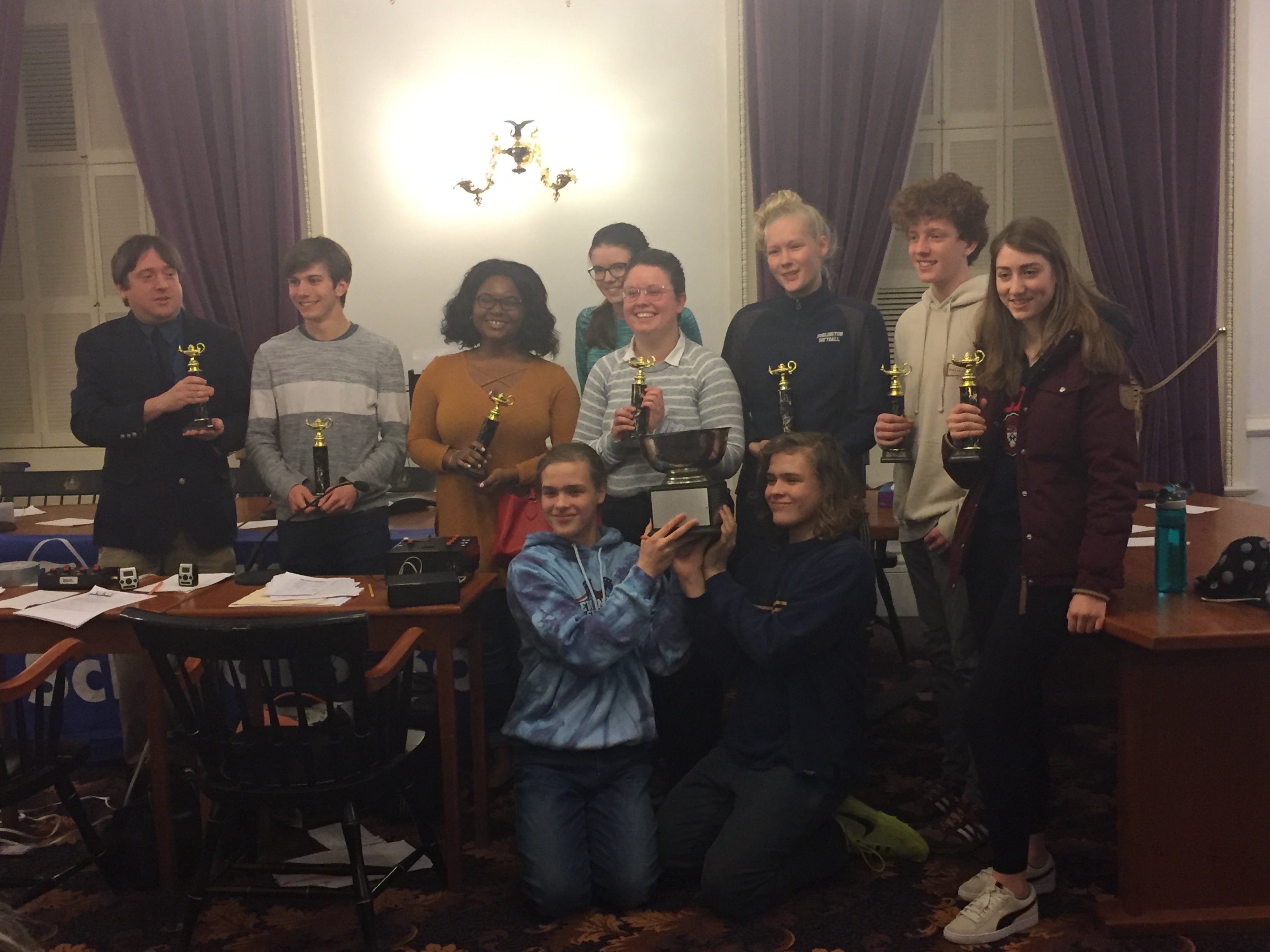 Team to Head to National Tournament!

The competing team for Burlington included Seniors: Zoe Koeninger, Anna Halladay, Vilena Lee and Simon Kissam; Juniors: Isidora Bailly-Hall and Isabella Farkas; and Sophomore Wyatt Harte. The team is coached by Kevin Commo who highlighted that the winning finals team of Zoe, Isidora, Anna and Vilena, was a primary lineup of all women in a competition where around 75% of participants are male.

Scholars’ Bowl is a question-and-answer quiz competition, similar to Jeopardy! but featuring teams of high school students and with a heavy focus on academic curriculum. BHS defeated Champlain Valley Union High School in the championship match, 450-390, after building a big lead in the first of three rounds of competition and holding off a couple of late CVU comebacks. The match capped an exciting day of competition that featured teams from 11 schools around the state.

Burlington advanced to the finals by nipping defending champion Essex 350-315 in the quarterfinals and surging past South Burlington, 400-300, in the semifinals.